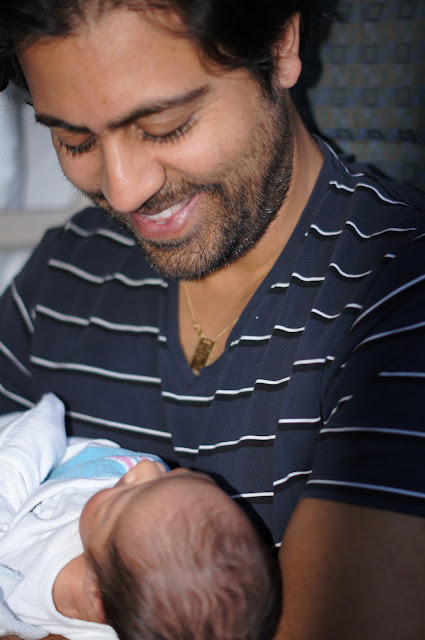 This post on hellobee really got me thinking. About sharing responsibility in parenting.

We are going through a rough spell with sleep habits etc right now, and today was particularly awful trying to get Little A down for his nap. It took ages and I wasn’t entirely sure what to do. Throughout the whole ordeal (which ended with Alec actually falling asleep) I had my husband on chat cheering me on, helping to calm my concerns about if I’m doing things right and just being there with me throughout it all. Sumit really is a partner in parenting for me. How did we end up like that? I have a few ideas:

Being the Speaking Partner from the start. As it happened, we moved from Sweden to Atlanta, GA while I was pregnant with Alec. We brought a suitcase each and left everything else, including friends and family, behind. We didn’t know anyone in Atlanta, and although that changed quite quickly once we settled in, I didn’t have that network of girlfriends with children to discuss pregnancy and new baby issues with. Sumit was my speaking partner. Even if you do have girlfriends around to talk to, have those conversations with your significant other as well!

Paternity Leave. Partly by plan, and partly by accident (a snow storm that shut down the city just as Sumit was getting ready to go back to work), my husband was home with us for the first 4-5 weeks after Alec was born. I think sometimes fathers just don’t realize everything that goes into caring for a baby simply because they haven’t really experienced it first hand. Since Sumit was around so much at the beginning, he always really knew what I was going through and how intense it can be taking care of a baby all day.

No “other woman”. We decided to take some time to settle into our new existence as a little family before having our families come and visit. Yes it felt selfish to make that decision at the time (but such a huge change in your life might just be the right time to be a little selfish), and no, we weren’t one hundred percent sure it was the right decision (even though my parents were stand-by and could have been on a plane within hours of a cry for help from us). But looking back, I think it was great for us to have that time. Because I didn’t have my mum there with me to help through the first few weeks, Sumit just had to get right in there and be really hands-on from the start. I think if there is another woman there, it’s so easy for the father to sort of take a step back and leave things to those who seem to know more what they are doing. I love that those first weeks gave us time to figure out how we wanted to do things without a lot of input and opinions from others. By the time we did have house guests with us, we had sort of found our groove and gained some confidence in parenting.

The Morning Shift. This is the best thing we ever did (and still do) and it is one thing that I am constantly recommending to new parents. It only took us a few nights home from the hospital to decide to divide and conquer. Sumit moved into the guest room, which we quickly dubbed “The Sanctuary”. He is a bad sleeper and it just didn’t make much sense for us to both be up all night and exhausted. So Sumit slept the night in the guest room while Alec and I got through the nights together in our bedroom. From around 6am, I would hand over to Sumit and take my turn in the The Sanctuary. This was made possible by one bottle of pumped breast milk which in the early days meant that I could actually get 3ish hours of sleep. The morning shift more importantly meant that Sumit alone was completely responsible for Alec’s care and the pumped breast milk meant that they really went through a whole cycle of care together – a feed, several diaper changes, playtime, and putting down to sleep. I think it was en enormous confidence-booster for Sumit just knowing that he was entirely capable of taking care of Alec on his own. The morning shift is still in effect and works really well for us. Alec and Sumit really enjoy their mornings together, and I really enjoy the extra sleep.

Sumit actually travels a lot for work, but he finds that putting in all the time he does on a day to day basis means that he can be away for several days and still have a great relationship with Alec to fall back on. And in fact, if given the choice, Alec usually prefers Dad to Mum. At least right now.

More on Sumit’s experience as a new dad (and what he learned about quality/quantity time) here. 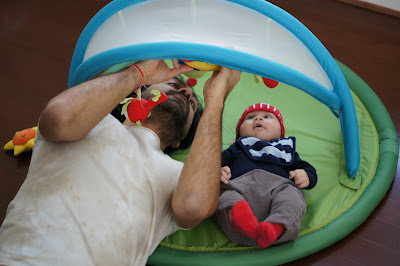 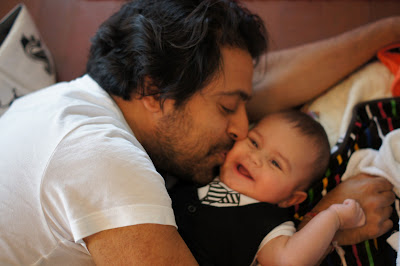 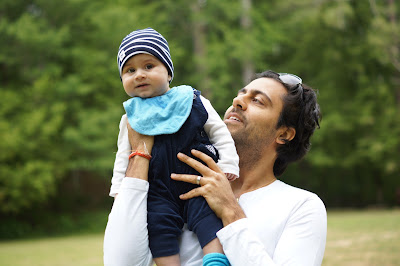 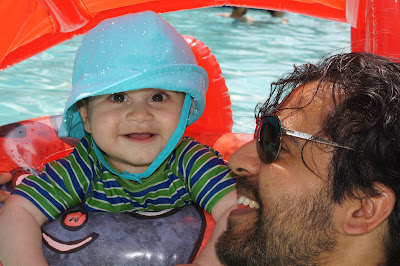