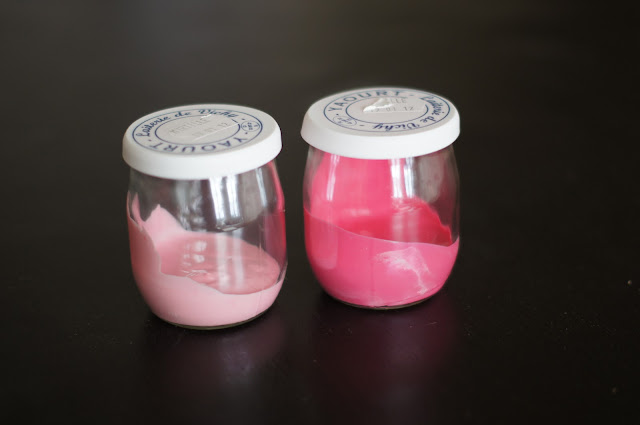 I have been wanting to do a first art project with Alec for awhile now and yesterday we finally did some finger painting. We wanted to make a Valentine for my husband, so it had to be a secret project while he was at work.

It was really important to me to use edible finger paints so I mixed my own out of greek yogurt and food coloring. It worked really well. The colors were bright and really saturated and looked so inviting. We just made a light and a dark pink as this was our first project. I wanted something more red but there is a lot of red food color in that dark pink already and I was having hot flashes about red paint on the walls, so I settled for pink.

We did our painting at the kitchen table with Alec in his high chair in a not-favourite outfit with a smock on top. It actually didn’t get too messy – much less so than I had feared. We used thick children’s craft paper which was definitely a necessity since the yogurt paint is quite heavy and wet.

At first Alec dipped his finger tips in the lighter color and immediately took a taste. He didn’t seem to love the taste so after the first taste we were able to concentrate on the painting instead. I showed him how to paint and guided him a little in the beginning. He was most happy (and I was least happy) when he discovered what happens when you smear your hands with a lot of paint and then clap your hands. Hence the little splatters on the finished product (last photo) and all over the walls, Alec’s face, the high chair etc… But clean up was easy – even the splatters on the walls wiped off easily. And we hope Dad is thrilled with his Valentine! 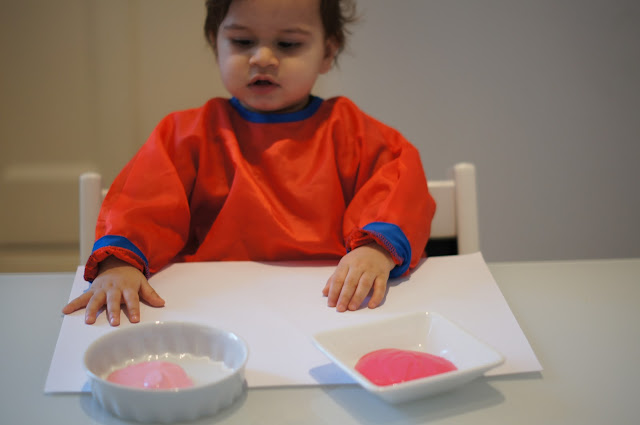 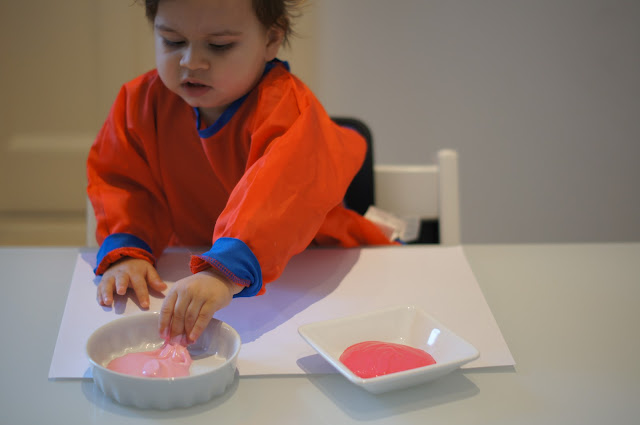 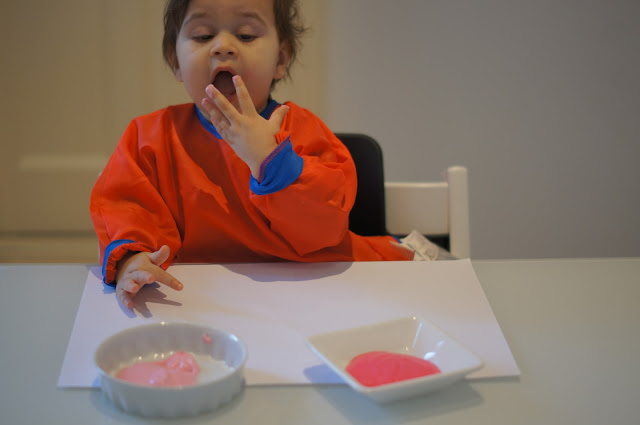 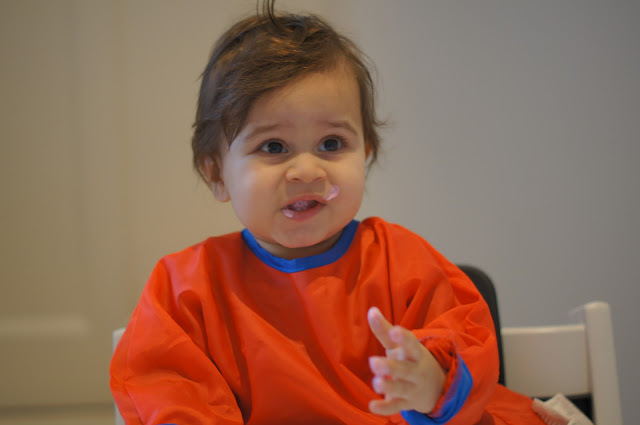 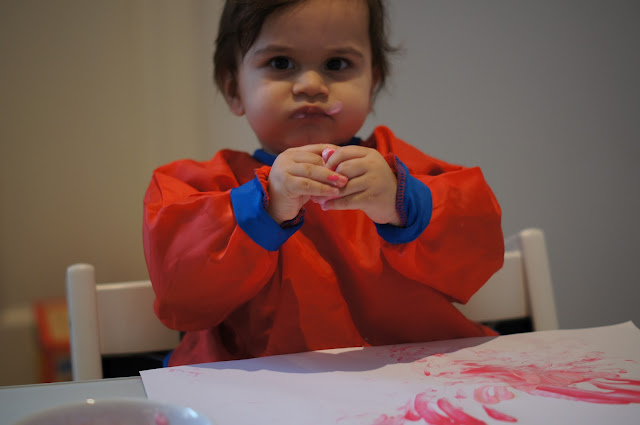 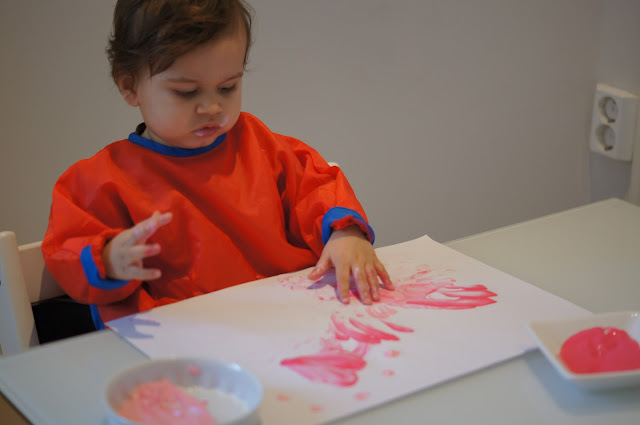 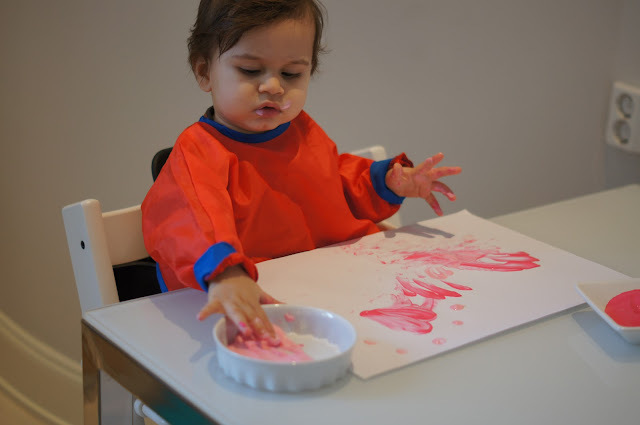 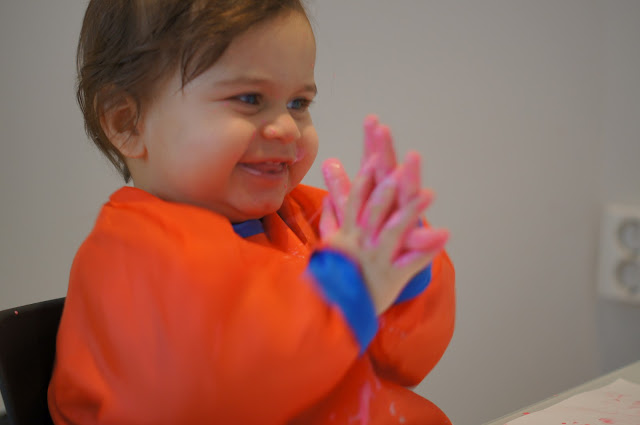 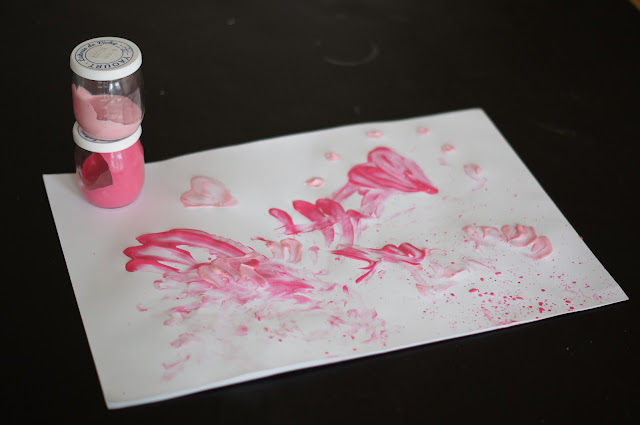