Before you bring your first baby home, it’s so difficult to know what you will actually need and which things you will use the most. You imagine what it’s going to be like and you suppose that a certain product might be helpful, but you just don’t know.

I am a big believer in having the things you need in place before baby arrives, even if you risk having some of the wrong stuff. It’s just such an intense period of time and you have enough to coordinate and figure out without having to run out and by a nursing pillow.

Here are some of the things we were so happy to have in place before we brought our little Alec home from the hospital in December:

1. BABYNEST. My friend Emma recommended the BabyNest and we are so glad we got it (and dragged it all the way from Stockholm to Atlanta). The BabyNest is similar to what they use for premature babies in some NICUs and it’s designed to make new babies feel snug and safe just like in the womb. Like Olivia, we used it in our bed at night for Alec to sleep in during the first weeks. During the day, the BabyNest was Alec’s place to sleep on the sofa or wherever else we were at home. And it even fit nicely into the bassinett of our stroller. When we moved Alec to his crib, he slept in the BabyNest in the beginning so that everything would feel as familiar as possible. 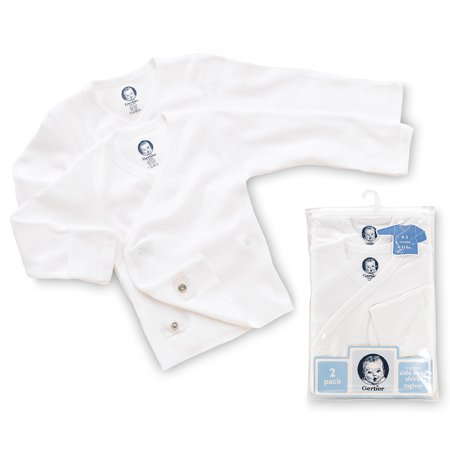 3. GERBER LONG-SLEEVED SIDE-SNAP SHIRTS. Yes, onesies are the baby staple, and you think they’re the only practical thing for a baby to wear since any top that isn’t a onesie will just ride up, right? And yes, footie pyjamas are very cute and look very cosy. But there is a reason they use this kind of side-snap shirt under the swaddling blankets at the hospital. These shirts are THE BEST! They are made of a nice-quality cotton. They are long-sleeved so they keep new babies warm. The kimono-style closure makes it so easy to get these off and on (pulling onesies over the heads of floppy newborns is very tricky. And stressful!) which you will appreciate during the million clothes changes you end up doing every day. They have mitten cuffs to keep baby from scratching his/her face. And in the first weeks with a new baby, when you are still changing countless diapers in the middle of the night, it is so great not to have any closing and opening to do around that diaper. Just off with the swaddle and change. Not to mention they are very very cute. Love these! 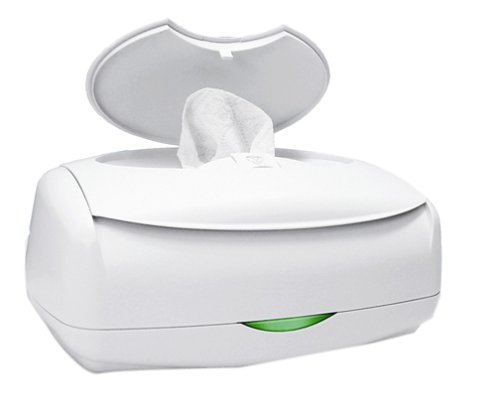 3. WIPE WARMER. This is just self-explanatory. Would you rather have a cold wet wipe or a warm wet wipe on your own bum at 4 am? Diaper changes were not the most popular activity when Alec was new, but we did feel like the warm wipes made changes a little easier. We have the one from Prince Lionheart which has an antimicrobial additive. We like it, except that the closure on the lid broke early on, so it doesn’t close completely which leaves the wipes a little less warm… 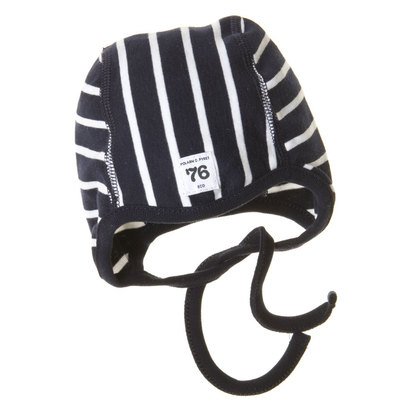 4. POLARN O. PYRET “HELMET HAT”. Obviously, I love Polarn O. Pyret and one of the first pieces of clothing that we loved on Alec was his PoP Helmet Hat. He had a red one. All the other hats were too big or would end up covering his eyes or exposing his little ears to the cold. This helmet hat stayed where it should and kept those little ears warm. And got Alec so many compliments!

5. TOTAL BABY APP. My friend Sarah, who had her little cutie Frances a month before I had Alec, recommended this app to us. It tracks everything from diaper changes to bottles and breastfeeding to sleep. Before Alec arrived, we really didn’t think we would be using a system like this, but it just took one day of nurses and doctors asking us when Alec had eaten, how much, on which side, before or after his diaper change etc etc etc for us to start tracking his every move with the Total Baby App. In the beginning we just used it for diapers and feeds. Then we stopped tracking diapers when his doctors stopped asking. And we started tracking sleep when it became our big challenge. And then we stopped tracking feeds a few months ago and finally weaned ourselves off the app altogether when we came to Sweden and Alec turned six months. It has been very helpful to see Alec’s patterns emerge by looking back on the info in the app (although we never exported his diaper info into excel graphs or anything – but you can!). Highly recommended for new parents!